BACK TO QWERTY KEYBOARD WITH BLACKBERRY CLASSIC FOR ONLY RM338? 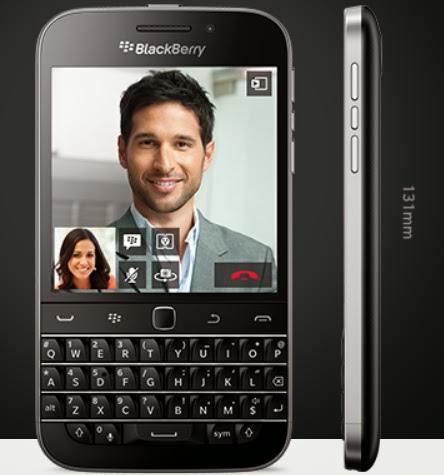 We all use to slide and touch screen smartphone and do you remember the sexy blackberry back then?

Forget about the rehash of old tech. BlackBerry Classic recently introduce the upgraded version. The only thing kept is the keyboard, and reintroduced the navigation keys and trackpad.

This BlackBerry Classic are surrounded with familiar looking and very traditional BlackBerry body shell. If you are a big fan of BlackBerry Bold then you'll fall for the Classic. A four-line physical QWERTY keyboard sits below the screen and the two are separated by a strip of navigation keys.

BlackBerry Classic built for speedy navigation, the touchscreen, navigation keys and the trackpad are designed to work together. Many keyboards shortcuts have been built in, for example, you just need to press R to quickly reply.

For those who always have problems typing accurately on a touchscreen phone, then this BlackBerry boasts its keyboard has engineered for fast typist and its has four times more accuracy.

Back to old days, BlackBerry are always described as a business device and this has not run from it.