Last Saturday, I was invited to witness historical event for Bona Film Group as their Chairman and General Manager of the board , Mr Yu Dong came personally all the way from China for special screening of Operation Red Sea and the opening of their first cinema outside of China at SkyAvenue, Resorts World Genting. 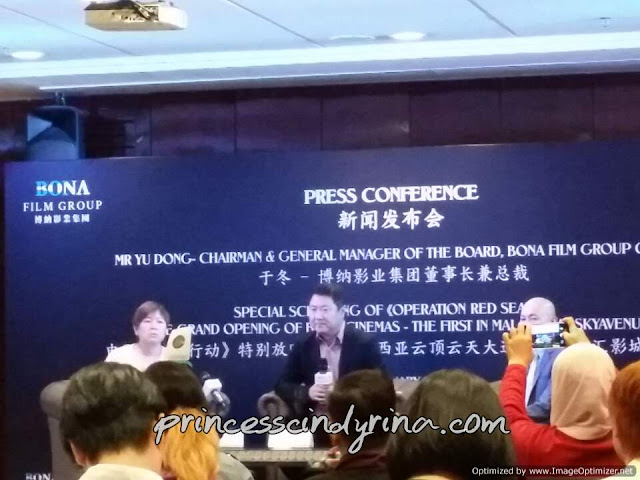 During this press conference Mr Yu Dong said , they were very excited to make Bona Cinemas way up to Resort World Genting  which is also a well known tourist's destination in China. This collaboration will able Bona Film to present more movies, film stars and entertainment to the Malaysian audience.

Mr Yu Dong said the group has considered Resorts World Genting as an ideal location to open its first cinema , given the strength of Malaysian  Chinese entertainment market and synergies with the upcoming Twentieth Century Fox World Theme Park. There is long term plan to set up first Bona Film Theme Park next to Twentieth Century Fox World Theme Park. The Theme Park will feature some Bona Film box office movie like Operation Mekong and Operation Red Sea. This is enough to excite everyone in Malaysia. 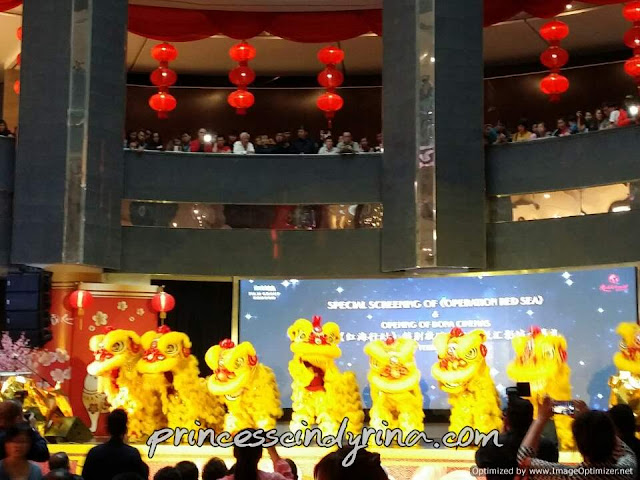 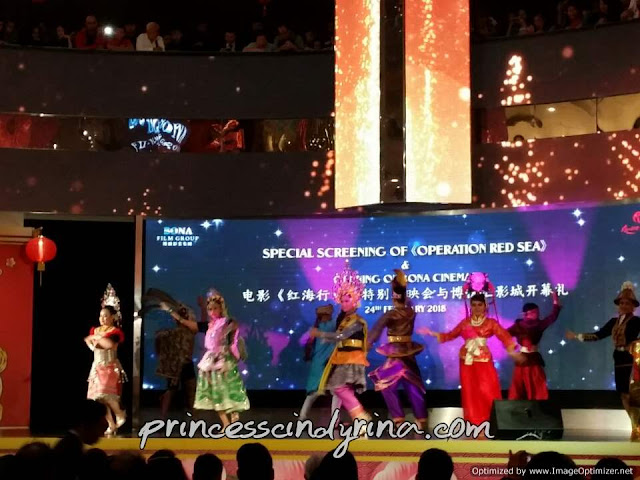 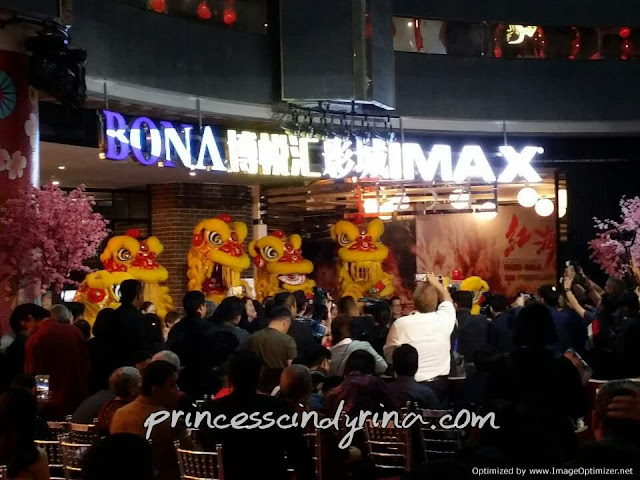 Bona Cinemas at SkyAvenue currently has four cinema halls in operation. An additional two halls - 48-seat VIP theatre and 250-seat IMAX theatre- will be opening in the second half of year 2018. Equipped with state of the art projection technology, Dolby Atmos surround systems and comfortable chairs, Bona Cinemas in Resorts World Genting will showcase full range of cinematic experiences, from Hollywood to Chinese historical epics, from international comedy to local Malaysian productions. 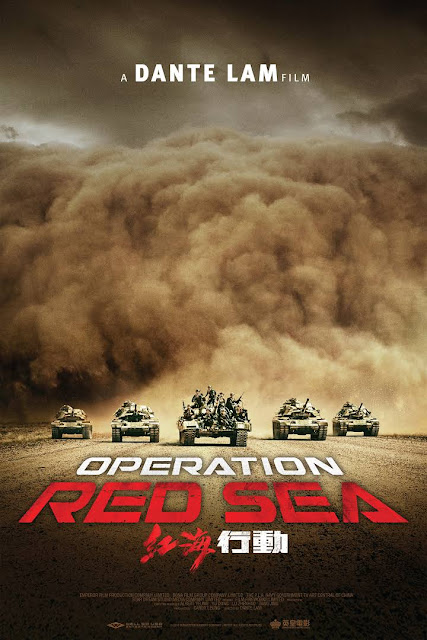 The event continued with guests invited to watch the special screening of Operation Red Sea. I wish can stayback to 11:00pm to watch this movie. But I need to catch the bus back down to KL before my car got lock down. Operation Red Sea is a Chinese - Hong Kong action film directed by Dante Lam , who is also directed the Operation Mekong and many other top box office movies. During the press conference Mr Dante Lam said over CNY500 million (approximately MYR300million) has been invested to produce this movie which was filmed in Morocco , showcasing military battle by Chinese Military team that covers land, sea and air.

The movie staring Zhang Yi, Du Jiang, Huang Jingyu, Hai Qing and Prince Mak, is based on a true story about a China-led evacuation mission during the year 2015 Yemeni Civil War. The movie is co-produced and co funded by Bona Film Group.

The movie made its debut on 22 February 2018 in Malaysia and has received tremendous good reviews. In China, the movie is currently ranked No.2 with CNY1.7 billion (approximately MYR1.05 billion) at the box office. 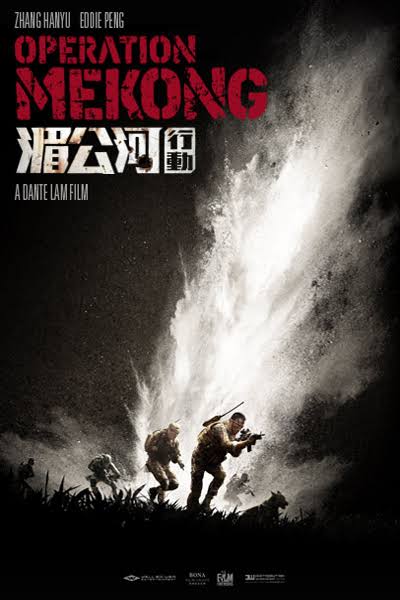 On 30 September 2016 Bona Film released Operation Mekong which is based on true event which occured in Chiang Saen District of Chiang Rai Province on 5 October 2011 when 13 Chinese crew members from two cargo ships were murdered by a Myanmar drug-trafficking ring.  This film has grossed CNY1.17 billion at Chinese Box Office alone.

I want to watch this film badly but unable to find the link with English subtitle.

Bona Film founded in year 1999 as film and television production and distribution firm and was the first private firm to receive a film distribution license from the Chinese State. It is now on of China's largest film distributors , having produced and distributed over 220 domestic and international films with a cumulative box office of almost CNY200 billion (approximately MYR123 billion), including many familiar titles 'The Taking of Tiger Mountain' , The Grandmaster', 'Flying Swords of Dragon Gate' , 'Red Cliff' , 'Dragon Tiger Gate' and 'Confession of Pain'.

In China , it has expanded into cineplexes with more than 50 locations in major cities.

For more information on Bona Cinemas , please visit www.rwgenting.com or call 03 6101 1118.
By cindyrina