Ice Bucket challenge is so HOT now among the Korean celebrities.

What is Ice Bucket challenge??
The Ice Bucket Challenge asks people to make recording of themselves getting drenched with ICE WATER, post it online and nominate others to do the same within 24 hours or donate US$100 to ALS Research Centre.

What is ALS?
ALS stands for Amytrophic Lateral Sclerosis or often refer as " Lou Gehrig's Disease.
This disease is a progressive neurodegenerative disease that affects nerve cells in the brain and the spinal cord. Motor neurons reach from the brain to spinal cord and from the spinal cord to the muscles throughout the body which leads to progressive total paralysis and death within 2 - 5 years from the time of occurrence. The exact cause and treatment of the disease is yet to be found. One of the famous victim for this disease is Stephen Hawkins.

Why using the ICE WATER in the challenge?
ICE WATER is use to let participants know what it is like to have a muscle spasm even if fopr a short time.

Recently, Corey Griffin, an American cofounder of the Ice Bucket Challenge, died in a diving accident on Aug. 16 at age 27. He started the cause to help his friend Peter Frates, a US baseball player who was diagnosed with ALS two years ago.

The challenge started long time ago but was popularized in the US in late June this year 2014 when personalities of the program Morning Drive ,which airs weekdays oin Golf Channel, out this socialk media phenomenon on air and performed the ice bucket challenge on air. Many high profile celebrities like Lady Gaga,Justin Timberlake, David Bekham many others and even Bill Gates and David Bekham participate in Ice Bucket Challenge.

It started to take over Korea when orean singer Tim was nominated by his friend in the United States. He then nominated singer Sean, Brian Joo and K-pop idol Choi Si-won.
So far, many celebrities including G-Dragon, BoA, Jang Geun-suk and Jo In-sung have doused themselves.

All photos credit to allkpop.com 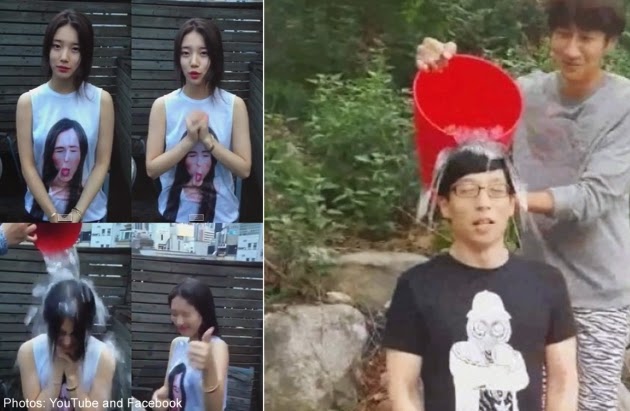 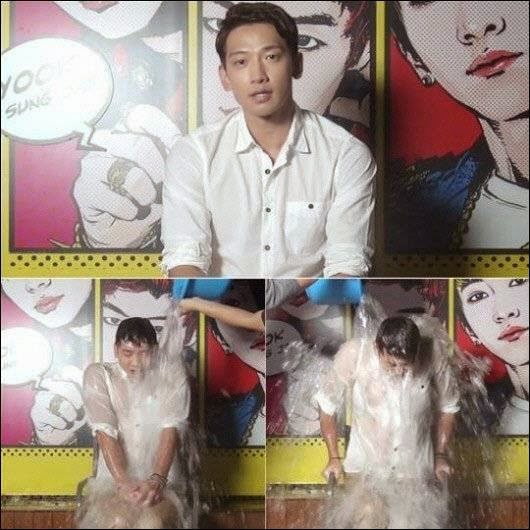 Rain decided to do both donates 100 million KRW estimate US$98,300 to research and development of a cure for ALS and took up the challenge as well. 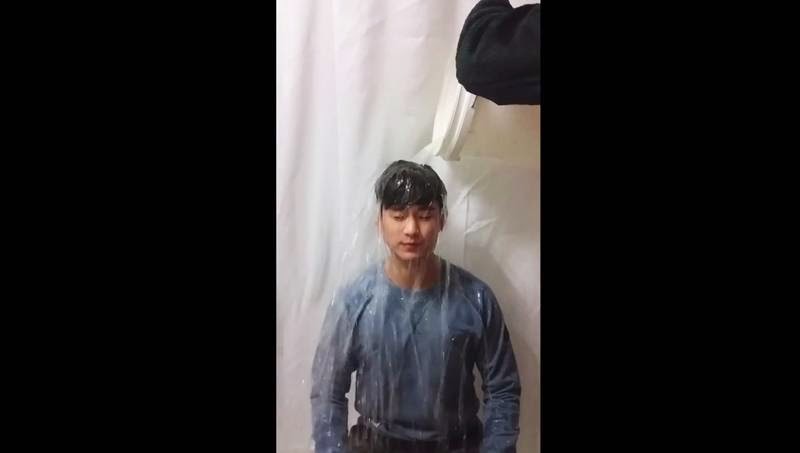 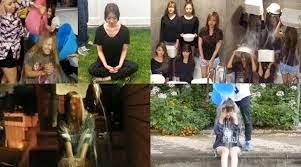 This one is Park Shin Hye, Hyoyeon , SNSD 
Many Korean celebrities are sending their funds directly to Seungil Hope Foundation, co-founded by singer Sean and Park Seung-il, a former basketball coach for Ulsan Mobis Phoebus who is currently fighting ALS.

Among other celebrities who participated in Ice Bucket Challenge :

many more long list of celebrities for this challenge.

I think it hits Malaysian....I don't know who started in Malaysia.
By cindyrina