September 08, 2014
September 3, 2014 ,KST 1:20, Ladies' Code the all girls group's van ran into a protective wall in the vicinity  of Singal Junction on the Yeongdong Expressway toward Incheon direction. The group was after finishing up their schedule in Daegu and on the way back to their Dorm when the car back wheel came off during the rainy day and the car ended up spinning several times before hitting the guard rail One member died on the same day and the other members were rushed to hospital. 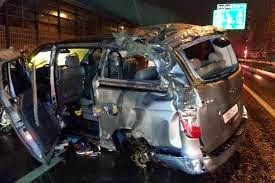 First Debut in 2013 with Album Hate You and Pretty Pretty
2014 released So Wonderful, Kiss Kiss 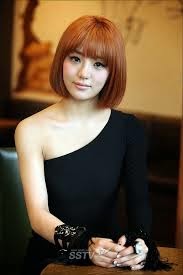 EunB last wish is to make their song I'm Fine Thank You rank no.1.
Yes her wish comes true...after her death...thanks to all loyal fan of Ladies Code. RiSE had been in coma for several days and her surgery had to be stopped because of her falling blood pressure. She was announced dead on 7th Sep 2014 at 10:10am at age 23 years old.
RIP to RiSe

Apparently RiSe obtained a big head injury to her head and was moved to hospital.

EunB,RiSe and Sojung was ejected from the car because both hadn't been wearing seat belts.
Sojung is recovering and get to know the fate of her other 2 members and still in trauma. So does other remaining member of the group.
My hearts go out to EunB's and RiSe's family and wish all the rest of Ladies' Code members to recover from the trauma.

They are so young but yet the time given on this earth too short.
To us who are still living on earth....live your life to the fullest and appreciate what you have and people around you. You never know...when your times up!

TRIBUTE TO EUNB AND RISE OF LADIES' CODE!

Moral of the story....check your car before start your journey, fasten your seat belt and travel safe!

However....its all FATE WRITTEN FROM ABOVE!