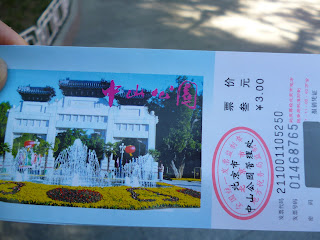 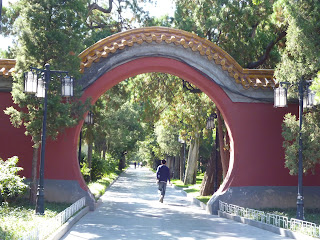 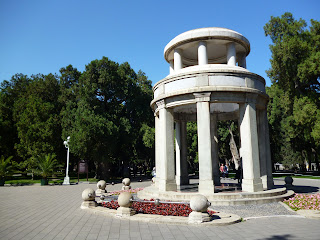 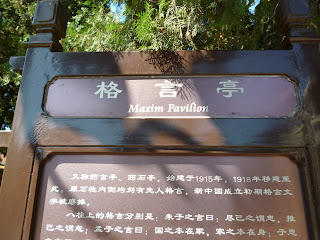 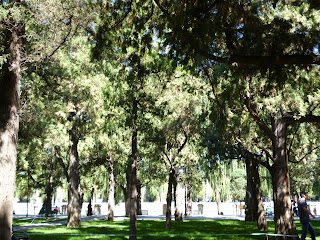 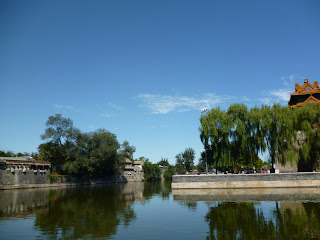 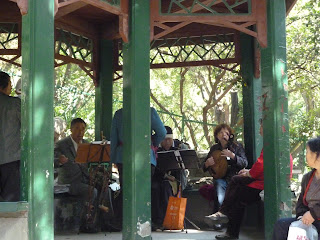 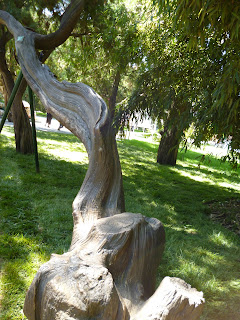 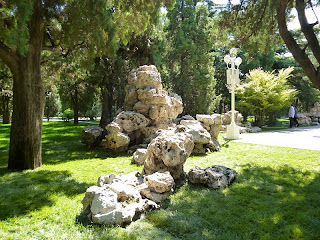 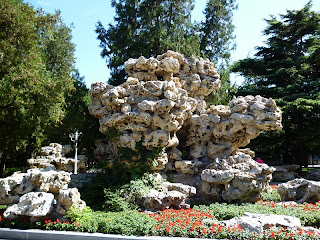 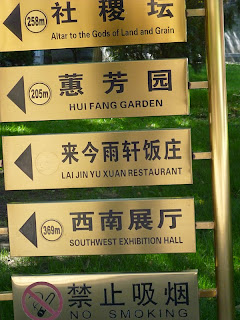 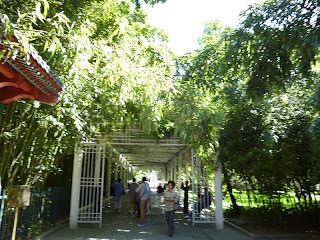 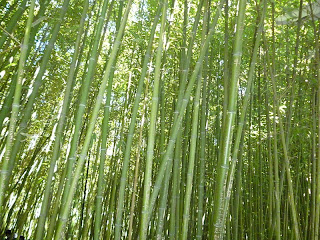 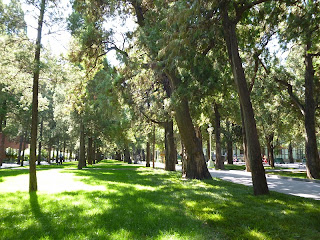 Since place I stayed near to Forbidden city and Tian ' AnMen Square, I was thinking to go there before going elsewhere. It was Saturday..... Ow!!!! full of Chinese and scene was like going to hot selling mega concert of the year. I was taken aback with the huge crowd.

I retreat my initial plan... and pay a visit to the nearest park I found by accident.
Don't really have plan to visit this place but since this is the nearby attraction and the crowd seems to be not walking this way.... I have a strolled at a broad day light under the hot sun but cold wind at this peaceful park.

Zhongshan Park is located to the west of Tian' AnMen Gate in the heart of the inner city. It is the site of the former Altar of Land and Harvest during Emperor YongLe , Ming Dynasty. This place visited by emperor twice yearly during spring time to bring good harvest and autumn for thanksgiving.

Zhong Shan Park covers area of 24 Hectares and is a grand example of classical Chinese Landscape. It is also famous for many old cypress trees which some are over 1,000 years old.

The park also feature a concert hall, a large pond, peonies, rock garden,pavillions and colorful long corridors. At the north end , we can also boating on the part of the forbidden city. Hahahaha at this hours sunshine on top of my head peddling the boat .... hell no!!! half way through need to cry for rescue!!!