WIN A FREE FLIGHT TO KOREA THROUGH KTO’S ‘TO:UR IMAGINATION!' 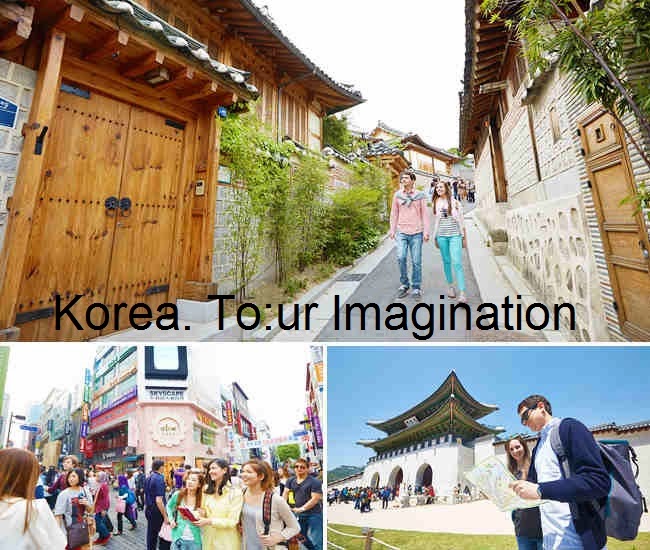 Wanna visit South Korea for free this October and November?

The Korea Tourism Organization (KTO) has launched a new event called “To:ur Imagination.” This special promotion was created to encourage foreign tourists to have more interest in visiting Korea and has already been endorsed by stars from across the globe including Big Bang (Korea), Mario Maurer (Thailand), Xin Jiang (China), Ebina Kenichi (Japan) and Michelle Phan (U.S.A.). Some of these celebrities even visited Korea and videos of their trip are shared on the To:ur Imagination website.

To participate in the event, simply visit the To:ur Imagination website and describe what you want to do when you visit Korea. KTO will then select 8 grand prize winners who can take a guest of their choice on a 4-day trip to Korea in October or November. In addition to the grand prize, other prizes such as an iPad mini, signed Big Bang CDs and more will be given away!

To be eligible for the event, participants must post their story between July 15 and August 31, 2014. The winners’ announcement will be made on September 15, 2014.

KTO, in correlation with this event, has launched a new slogan “Imagine Your Korea,” which was created to reflect the changing needs of international visitors to Korea, and a related brand campaign starting July 15, 2014, featuring TV commercials with Big Bang.

What are you waiting for????
Realize your imagination today!

August 25, 2017
Long weekend is coming and I feel my life not like anyone else fill with pre planned activities with friends and love one. For Bloggers, they will be busy running here and there attending events. Me ? No plan. Nothing! Aihhhhh!!!!! my life is so sucks! no friends to invite me to go any where with them. Not like I can invite myself anyway. isk isk isk Toot! Toot! phone message came in.... C : Wanna go for dinner and watch movie this Saturday ? Another phone message... L : You free for hang out this Sunday brunch ? Few emails came in.... Dear Cindyrina,  We would like to invite you to attend ...bla bla bla At the end my weekend, fill up with lazying around the house sobbing, giggling, rolling over KDrama , eat and sleep. kekekekeke.... I am happy to be in my own space.I feel safe here. Note to myself : Stop whining.  'C'est la vie' means 'this is life' in French. O lala...
Post a Comment
Read more